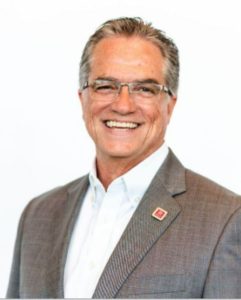 It was a sunny September day when I received the call from Steve Murray, founder of RealTrends and now a senior advisor for HWMedia and a partner with RTC Consulting, with the words, “I’ve got a friend with some cash who wants to talk to you.”

That was two years after I first began receiving phone calls from various parties — from larger brokerages to private equity firms — that all wanted to do some sort of “deal.” Either to sell a franchise, purchase an equity stake, merge, or just outright buy my company.

As the No. 1 market share in the area, Benchmark Realty was highly desirable. We were debt free, had no personal expenses buried in the company, no real estate privately owned and rented back to the company at inflated rates. We had a very clean financial structure. Oh, and we were extremely profitable. Yet, when the calls first started, while flattering, I had no clue what it all meant or how to deal with it.

The entreaties were so numerous, from so many organizations flush with cash, that I began to dread them. Over time, as I it dawned on me how clueless I was in how to properly respond to them, the dread turned to something akin to fear.

Why is the process so unsettling?

Having been in this business for 15 years following a 20-year career in another industry, I know how to run a company. I understand a P&L and Balance Sheet better than your average person and having started this company with just me and a desk in the front room of my home, not much caused me concern anymore.

After conversations with one serious potential suitor, I took a weekend alone to get my head straight and try to figure out what was so unsettling about this process. At the time, I was nearing 60 years old. We had all these other elements pointing to the truth that now was the time to do something, but the thought so unsettled me that sleep was sometimes hard to come by.

Then it hit me. My company and my “affairs” were not ready. Yes, we were far ahead of most potential sellers in that aspect, but we still needed to put things in the right box, put the right label on the right boxes, then make everything as clean as possible. I realized that we could sell it to anybody, but to get THE best price and THE best multiple, it HAD to be READY to sell.

I had one shot at this and to be successful meant that I needed to go to school and educate myself on both the process and every variable that would make my company most attractive to potential suitors.

So, I went back to school.

I purchased and consumed at least 15 books on the major aspects of mergers & acquisitions. I focused on learning what makes a firm a great target company.

Truthfully, things that we should have been doing all along. Admittedly though, we entrepreneurs rarely do what we should do, and often do only what we want to, or in reaction to circumstances with what we must. The nature of the beast I suppose.

The deeper I traveled into the journey, the more difficult it became to do it right. In retrospect, between the preparation and the due diligence once I finally signed a deal, this was undoubtedly one of the most difficult times of my life.

In fact, the lack of education and skillset to do it properly is why many company owners never maximize their return. It is so daunting that many simply give up and, consciously or otherwise, decide to let their heirs deal with it.

From this side of the journey, I can understand why.  What I realized though is the truth that every entrepreneur eventually parts with her company — even if it is by their death. My intention was to control that process. Many people would be impacted if I did it wrong. Some could live with that if it messed up the careers of others, but not me.

It had to be done right, it had to take care of those who had placed their faith in me, and I had one shot at it. No pressure, nothing to fear here. That’s why I feared the phone call.

Make the decision. Educate yourself. Prepare your company. Take the call – control the process and you’ll set the record for the multiple just like we did.

NOTE: This website is not a franchise offering. A franchise offering can be made by us only in a state if we are first registered, filed, excluded, exempted or otherwise qualified to offer franchises in that state, and only if we provide you with an appropriate franchise disclosure document. Follow-up or individualized responses to you that involve either effecting or attempting to effect the sale of a franchise will be made only if we are first in compliance with state registration or notice filing requirements, or are covered by an applicable state exclusion or exemption.

The following states regulate the offer and sale of franchises: California, Florida, Hawaii, Illinois, Indiana, Kentucky, Maryland, Michigan, Minnesota, Nebraska, New York, North Dakota, Rhode Island, South Dakota, Texas, Utah, Virginia, Washington andWisconsin. If you reside, plan to operate or will communicate about the franchise in one of these states, you may have certain rights under applicable franchise laws or regulations.